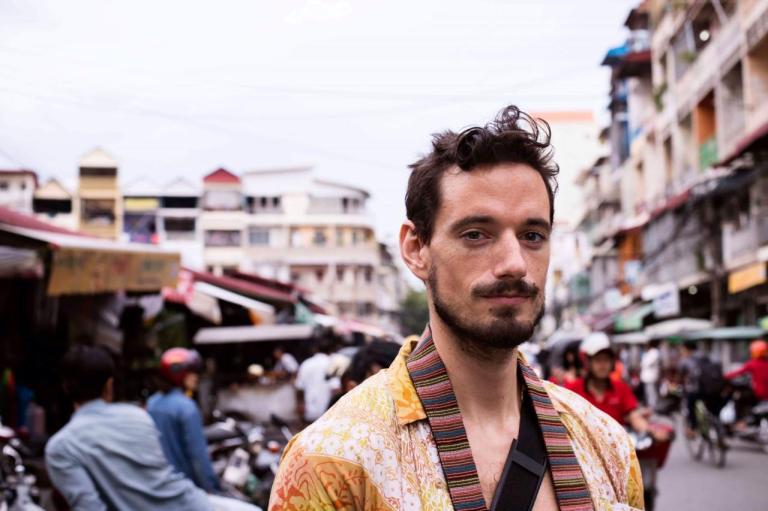 Miguel Lopes Jerónimo is a portuguese freelance photographer and writer based for more than six years in Phnom Penh, also working as exhibition curator and having organized more than 40 exhibitions in Cambodia — including group shows on topics such as environment, social inequality, gender, disability and human rights, as well as being co-organizer of cultural events such as PenhArt, the Cambodian Contemporary Art Fair. Passionate about working with NGOs on projects with impact, collaborating with other artists and creating exhibitions with meaning, he provided consultancy to organizations such as UNICEF, Heinrich Boll Foundation, UN Migration, IDE, DFAT or GIZ, with photos published in most of Cambodian media besides international publications such as LeMondeDiplomatique and Publico. Miguel is interested in visual storytelling, art and photography as tools for awareness and social development, besides working between conceptual and documentary photography in search for the visual poetry in the world. With academic background on emotions in artificial intelligence (namely creating AffectiveWall, an intermedia instrument for affective generation of music and paintings through gestural expressivity) and professional past in social entrepreneurship (including co-founding non-profits such as Sapana, Sinergi and Emscan, or projects such as PopCrickets and Startup Pirates Lisbon), Miguel is also into philosophy, eco-sustainability, solo traveling, poetic naturalism, and crickets as the future of food.

Available for freelance opportunities and collaboration with NGOs and other artists.

Miguel Jerónimo studied robotics and emotions in artificial intelligence, namely its connection with music and painting for the creation of an intermedia instrument that composes music and abstract paintings in real-time with the sounds and colors created according to emotions expressed by the body language of the performer.

He co-created and worked in some non-profit organizations and projects like Sapana, Sinergi, Emscan, Startup Pirates Lisboa, Aiesec’s Make it Possible and TEDxEdges.

Due to the work for one of the NGOs he created, he lived in rural India for two years to work with low-caste tribal communities in empowerment projects, building homes, co-starting a handicraft project, designing the concept of an eco-tourism and appropriate technologies center, etc.

He is a long-time traveler applying an extreme low-cost backpacking in order to mingle with local communities, including sleeping in local family homes or on the street. He hitchhiked around Asia for one and half years to write, photograph and study philosophy for himself,  having wandered through nine countries on a total of 18.121 kms hitchhiked on 322 different rides. He believes in continuous self-transformation and the figure of the vagabond as someone who travels to come back different.

For more than six years he’s based in Phnom Penh, Cambodia, engaging himself in different collaborations with other artists, freelancing in photography and writing, organizing more than 40 art exhibitions and previously being an art lecturer part-time in local colleges.

[Photo above by Malin Annie Jansson]